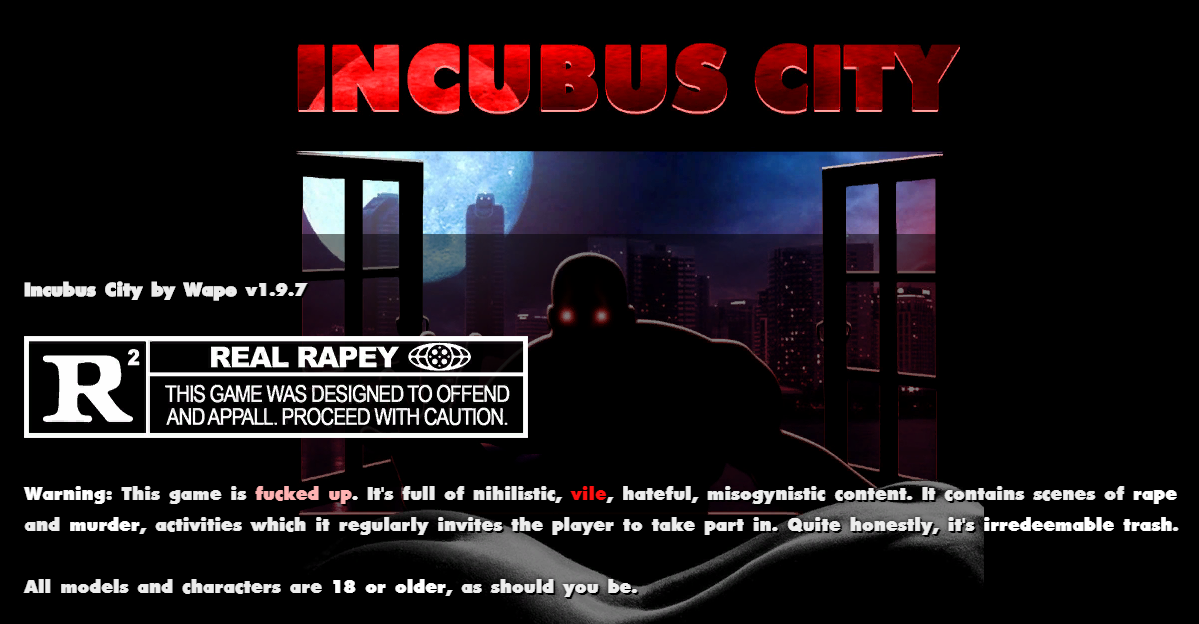 
Show more
Well, it’s just the male equivalent of a succubus – seductive yet nefarious demon with all kinds of unnatural abilities closely related to sex magick. The oldest incubus myths revolve around him knocking up sleeping women.

What’s really awesome is the fact that this game pulls no punches – it’s insanely nihilistic and downright cruel at parts. 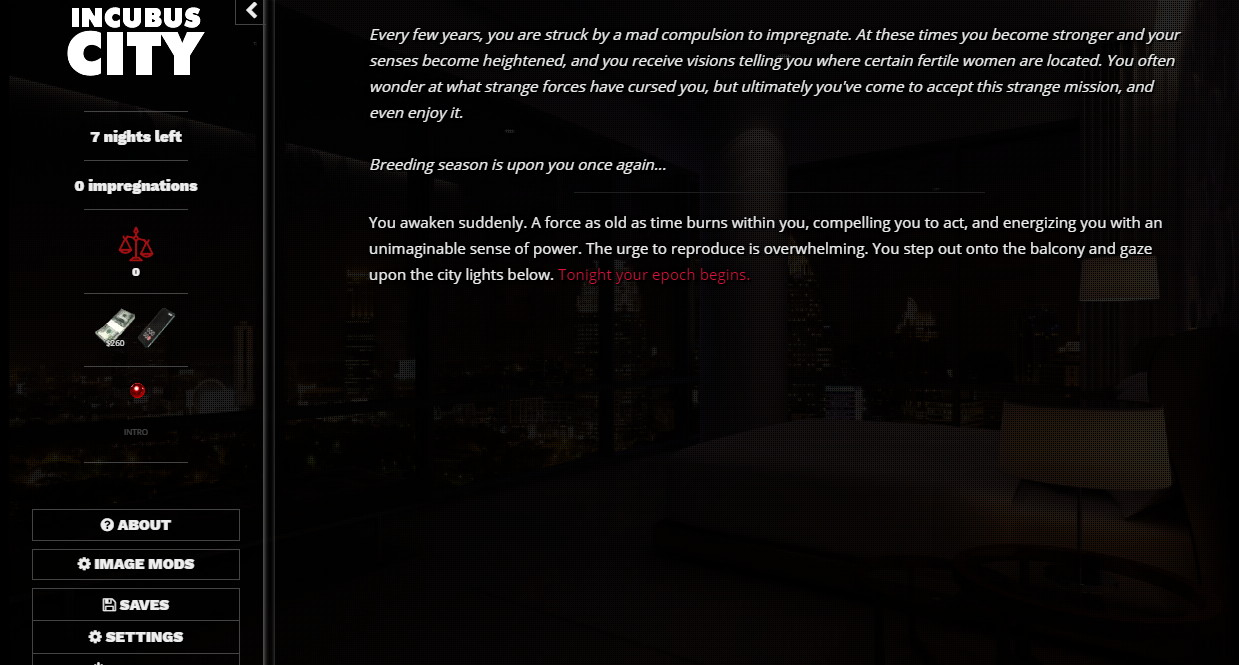 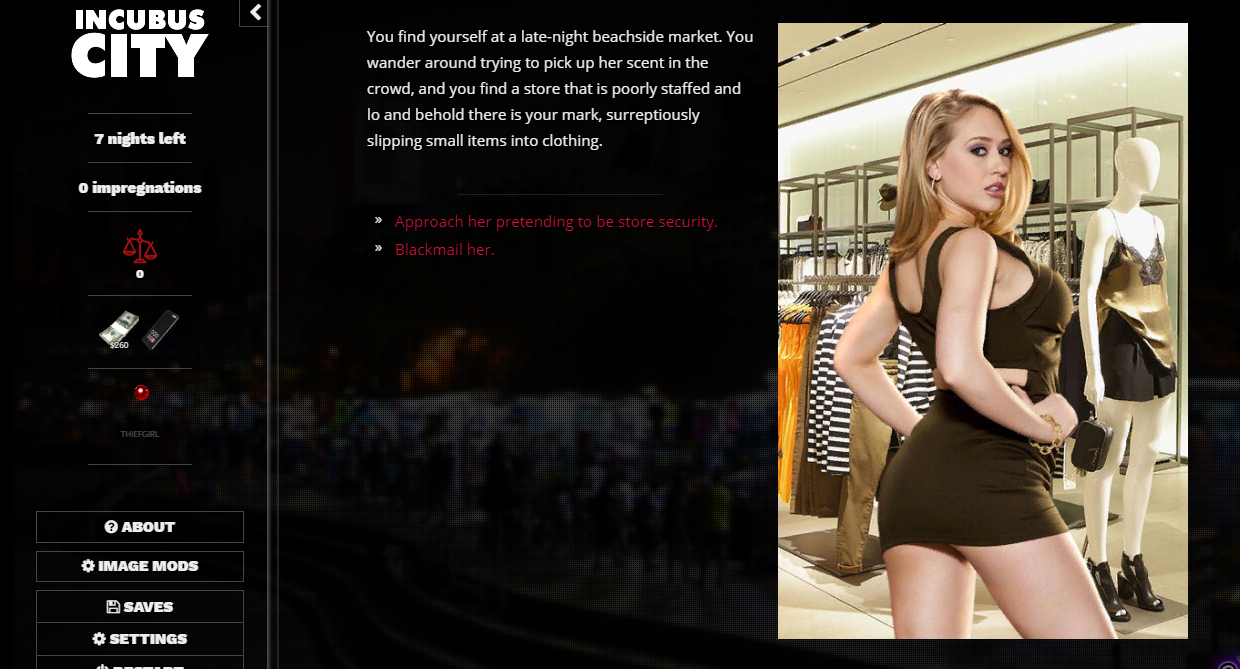 As far as the gameplay goes, there are not that many other games that have an actual fucking impregnation counter.


Show more
Since you’re a twisted, vile creature controlled only by its breeding impulses, you are on the prowl for fertile wombs. Consent doesn’t really matter to you, so that’s pretty refreshing.
The game itself is an RPG with a great storyline. You’ll be happy to learn that each and every choice you make matters in the long run. That’s pretty rare. 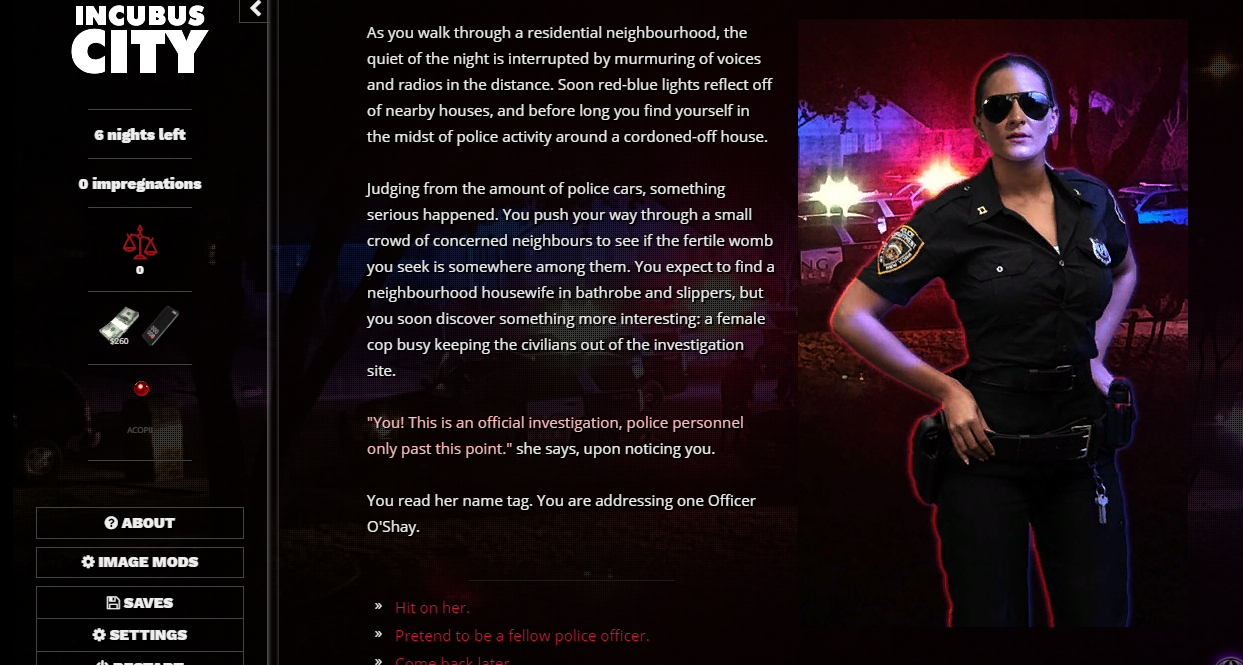 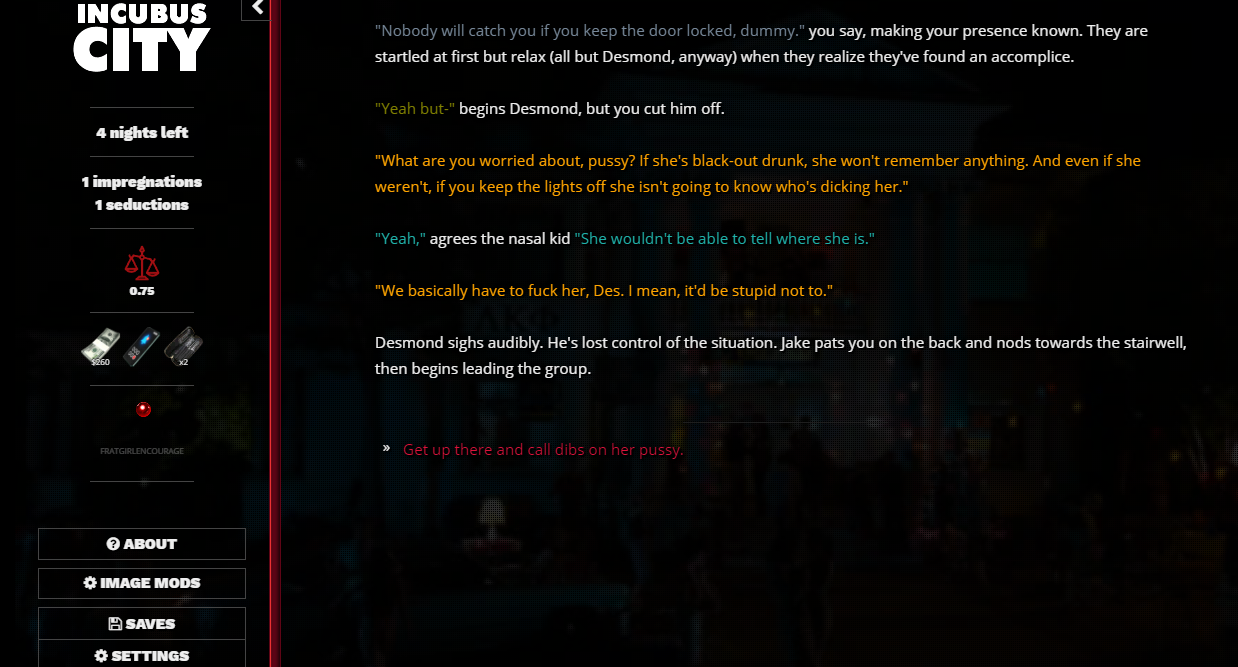 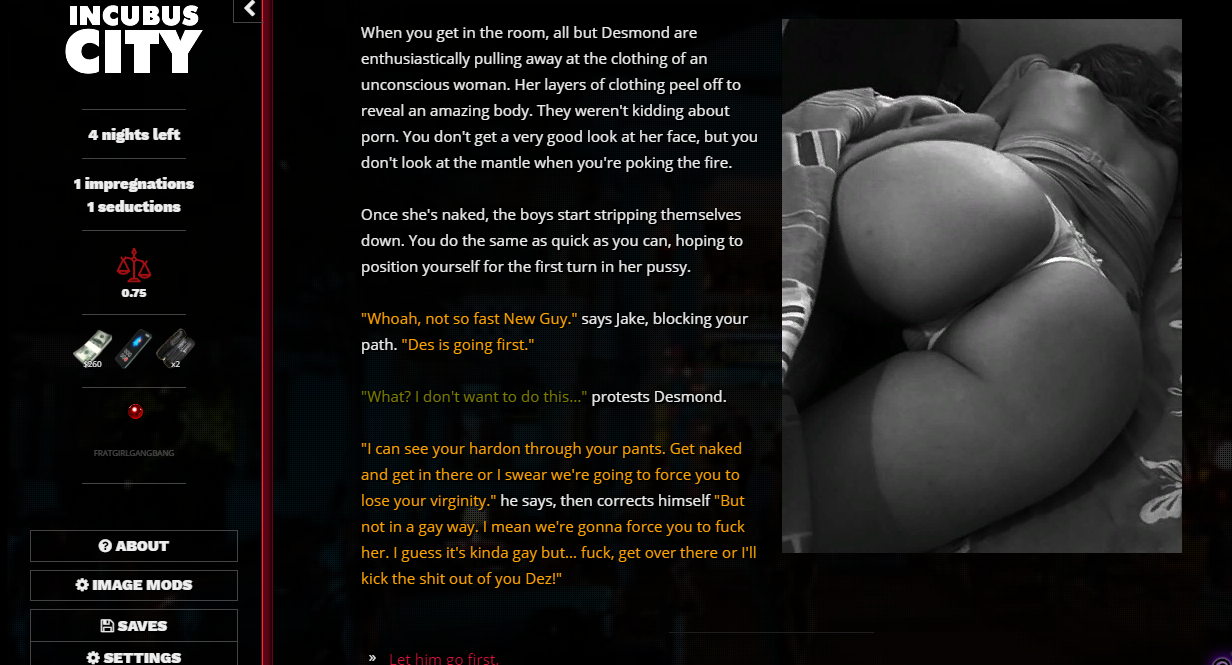 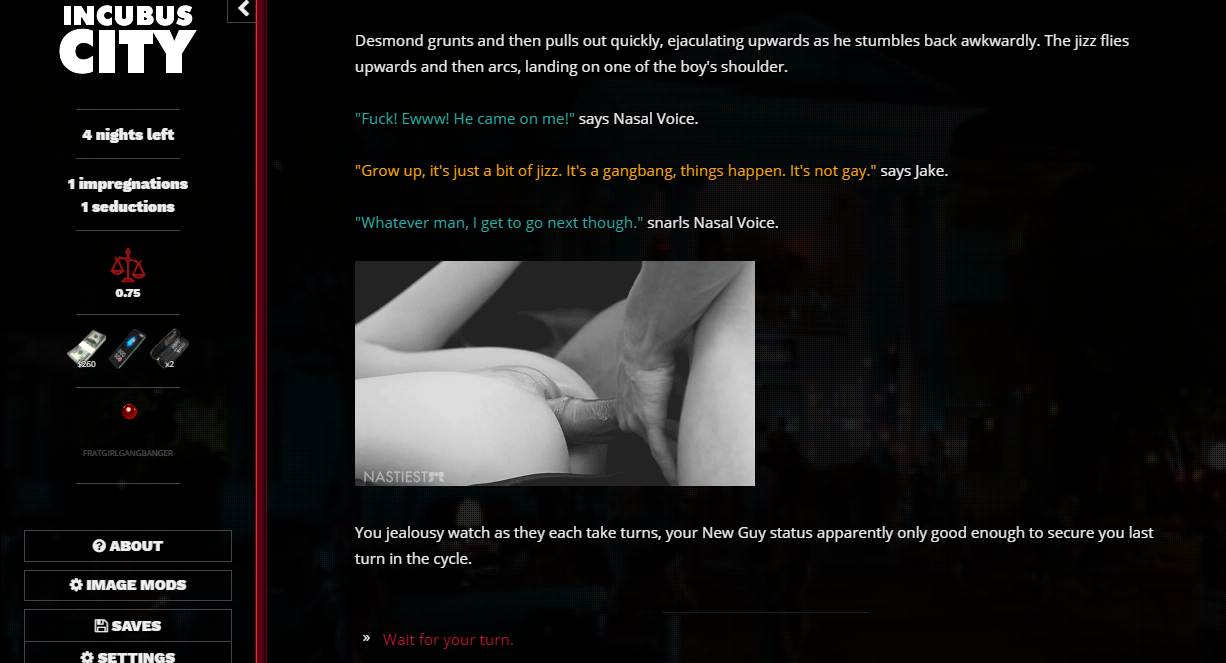 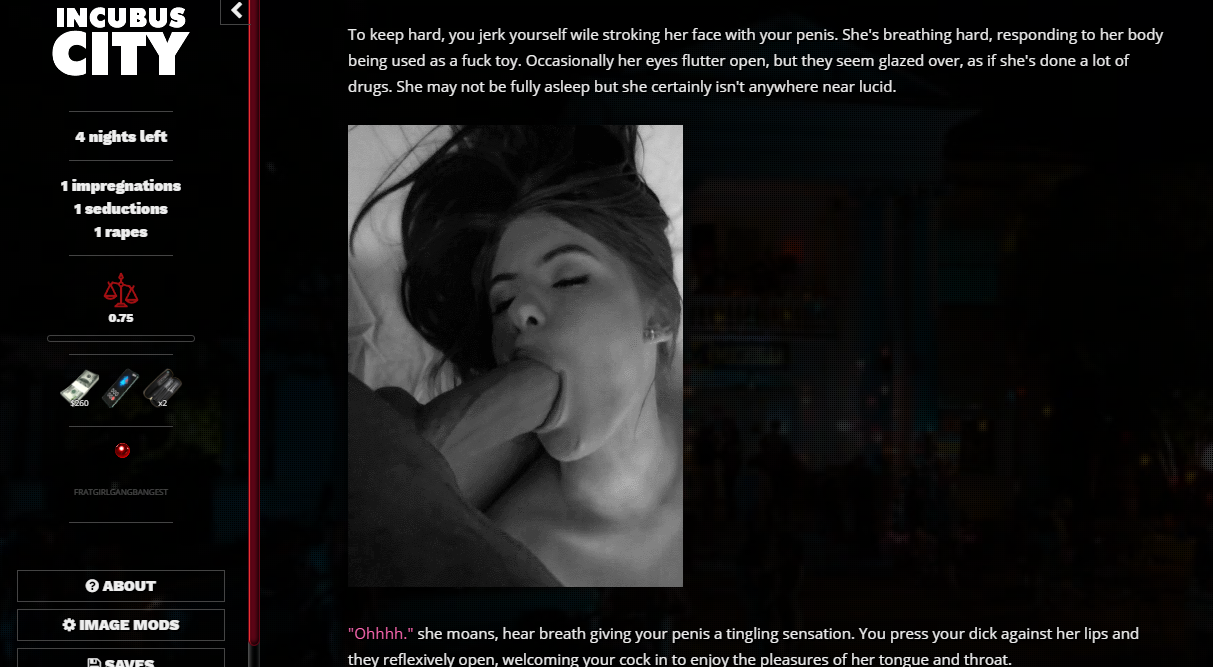